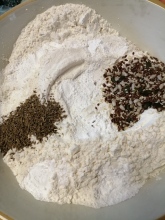 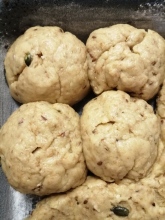 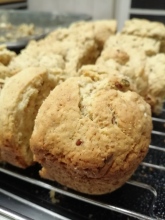 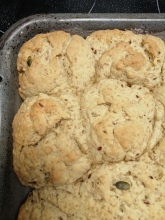 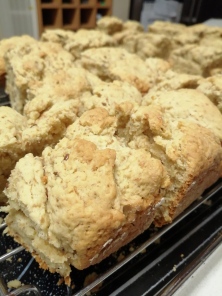 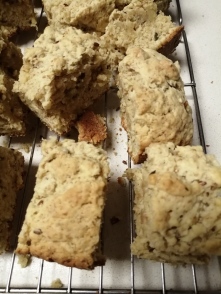 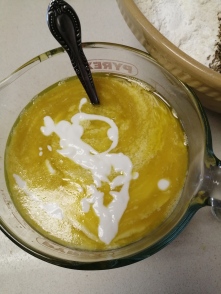 What did we eat on the road trip?

Breakfast
As we were camping by night and on the road by day we wanted to eat and go as quickly as possible so a fry-up was not going to work. We wanted a fairly inexpensive option so health bars didn’t appeal to us so we chose the humble South African rusk: quick and easy.

By the third day our morning routine evolved: We got dressed, tumbled out of our tent and down the ladder; put the water on to boil; packed our chairs and table out and once the coffee was made we ate our rusks: two for me and four for Derek. It meant that we could eat and pack up in 30 minutes, after folding our tent down (3 minutes).

Throughout our African trip water was considered unsafe to drink straight from the taps. So we boiled extra water every night which we cooled for the next days filling of our water bottles for our travels. We did also carry 25 lit of water in case of emergencies.

We were advised not to eat fresh lettuce and salad greens as it is difficult to wash and one doesn’t know what type of water was used. We bought tomatoes and fruit, locally and washed it in our boiled water.

Lunch
Packed: consisting of nuts, biltong (South African word for jerky) and oranges. (Most of the time we didn’t eat bread and we ate while we were driving.)

Supper
We cooked our food over the fire. This consisted of one portion of meat and vegetables, such as: sweet potato or potato, onion and squash wrapped in tin foil and baked in the coals. I also sprouted our own mung beans for extra nutrition.

The meat we ate was: boerewors (sausage  from Afrikaans/dutch words: Boer=farmer + wors=sausage  which was made from coarsely ground beef and pork mixed with spices: coriander seed, black pepper, nutmeg, cloves and allspice); beef sausage, or lamb chops. We had enough meat to last us until Windhoek, there and in Livingston (Zambia) and Lilongwe (Malawi) we bought Mozambican beef which was delicious.

We tried to keep life simple by eating simply. It meant that we had less to cook, less to wash up and most of what we ate was unprocessed, except for the rusks that I made. We also aimed to use canned or long life goods and vegetables with a long shelf life so that we could take most food with us from South Africa.

Our trip was in 2013 but these days what with global warming, carbon emissions and the like we would want to consider the amount of animal protein we eat and what we would replace it with. What we considered eating simply then would not be what we consider it to be now. This would make a very interesting discussion if anyone would like to comment. 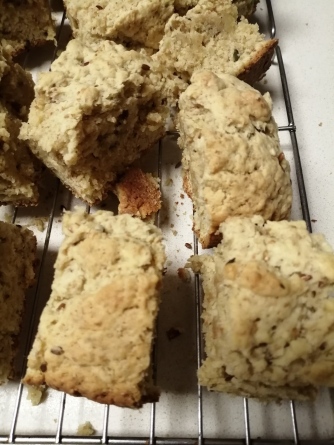 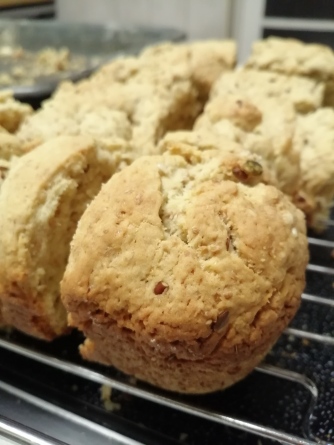 I wish I could say that it was a family recipe but I am sure nearly every mother that made rusks when I was young made it according to the recipe that I used, or something similar (although I have exchanged the butter for oil to make it more healthy). For the trip I made enough rusks to last for 30 days and had banked on buying more in Malawi  but it was only then that we discovered that Rusks are very South African and no-one knew what we were talking about. Even our Dutch friends, that we kept bumping into on our travels, were so fascinated by what we ate for breakfast that they wanted to taste them. 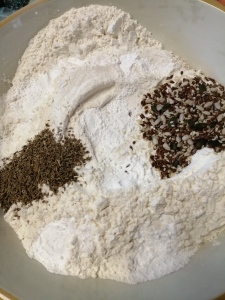 Mix the dry ingredients together in a big bowl. 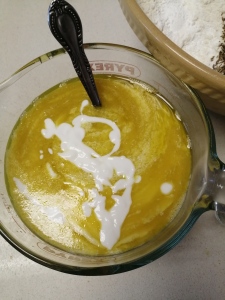 In a separate dish beat together the eggs, oil and buttermilk.
Then add liquid to dries to make a soft dough.

Once you have a soft dough put into a greased and floured roasting pan. 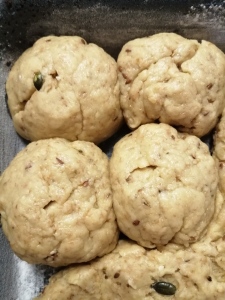 Either: shape into tennis ball size balls and arrange as in the illustration
or dish the whole mixture in.
Bake at 180 degrees C for +- 30 minutes,
then decrease the heat to 100 degrees C until golden and cooked, checking with a skewer.

Remove from the oven and whilst hot cut into rusks (finger slices) and allow steam to escape. Stack on wire shelves or trays so that air can circulate and return to the warm oven (70 degrees C) to dry out. It takes quite a while to dry. For people who have not eaten rusks it is lightly more friable than biscotti.

We so enjoyed eating in this simple way on our trip that it impacted the way we ate after we came back from our travels. We realized that if life could be lived simply while we were away why make if difficult when we are back home. And I feel the less processed the better!

There are so many ways to eat simply. Do you eat simply?
What is your favorite simple dish? Try living simply for a while and evaluate afterwards if there are changes you could make. 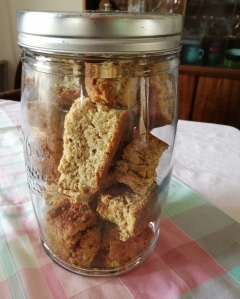